It’s difficult to write about my day visiting the Auschwitz-Birkenau concentration and extermination camp. I remember learning about World War II as a kid and about this exact camp and wondering what it would be like to visit someday. It was a difficult, emotional and eye opening day that I wish more people got to see. Maybe if they did, there’d be less hate in this world.

There are several sights related to the camp. I visited both Auschwitz I and Auschwitz II – Birkenau. I arrived at Auschwitz I early in the morning and had an English speaking guide that walked our group throughout the grounds. The tour was so quiet, almost eerie as everyone listed to the guide and took in their surroundings. I remember stopping a few times and thinking, this is real life. These things really happened to people.

I didn’t take many pictures as I spent the day mostly taking everything in and reflecting, but I want to share the few that I did take.

Below is the view from the parking lot and my first glimpse of the camp. This is the gate that every person interned at the camp had to pass through. 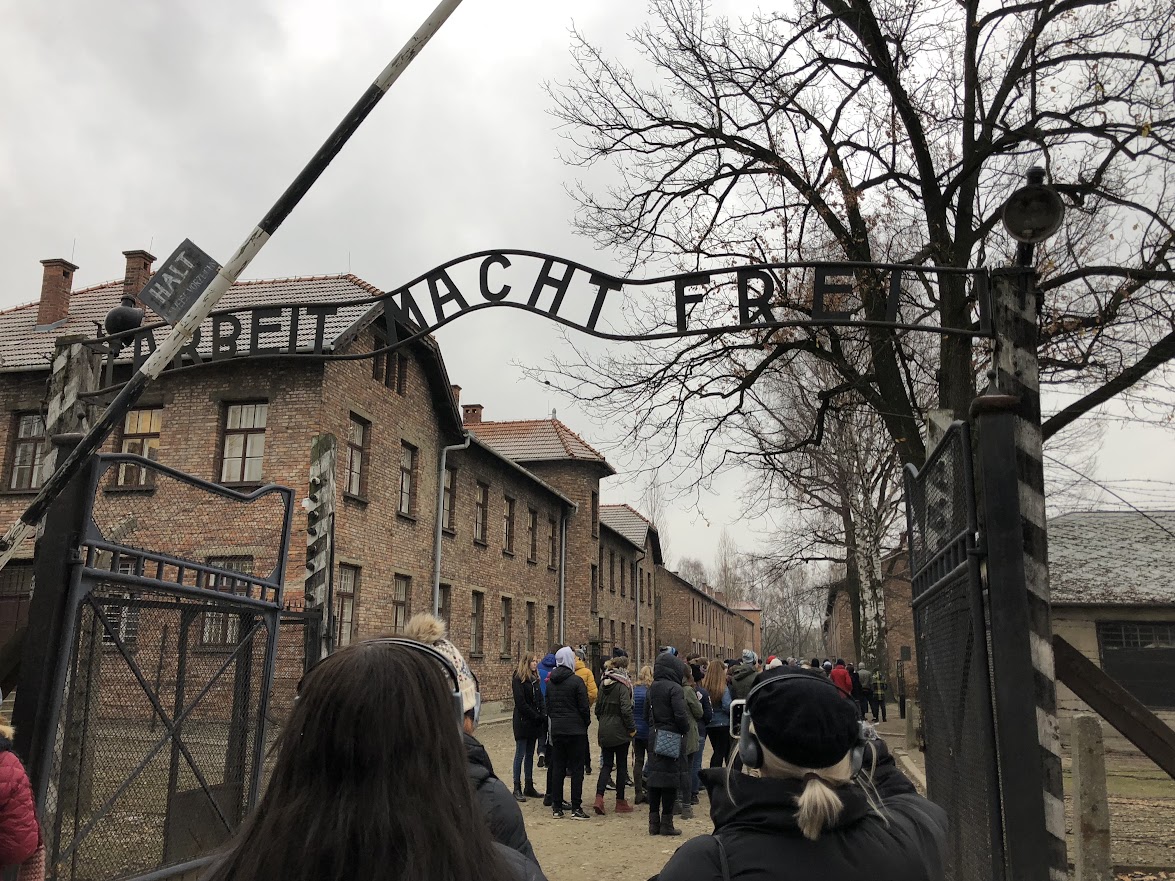 To the left are the gas chambers. 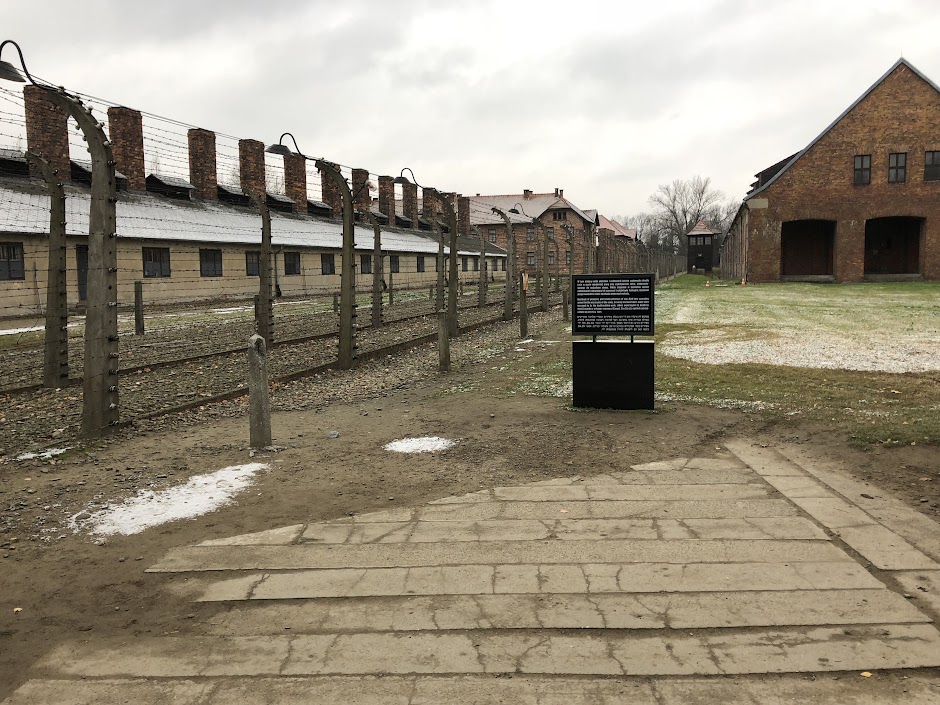 Many of these buildings are now museums with exhibits about the prisoners times in the camp. 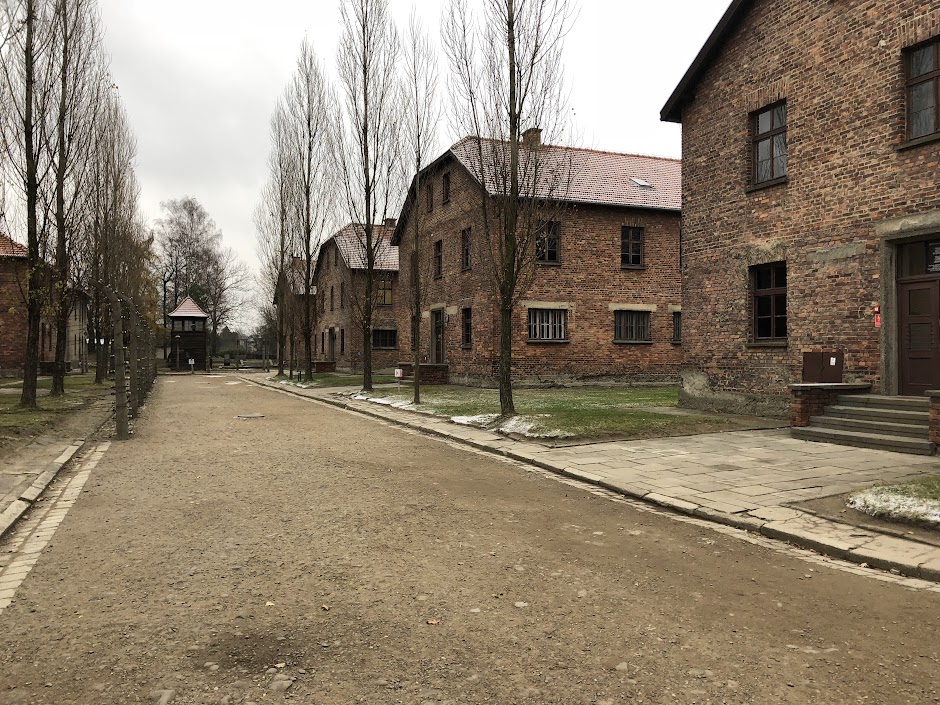 Many of the people that ended up at the camp brought these suitcases full of all their precious belongings. They truly thought they were going to be living somewhere else. Instead, the Germans rummaged through all their belongings and took everything. 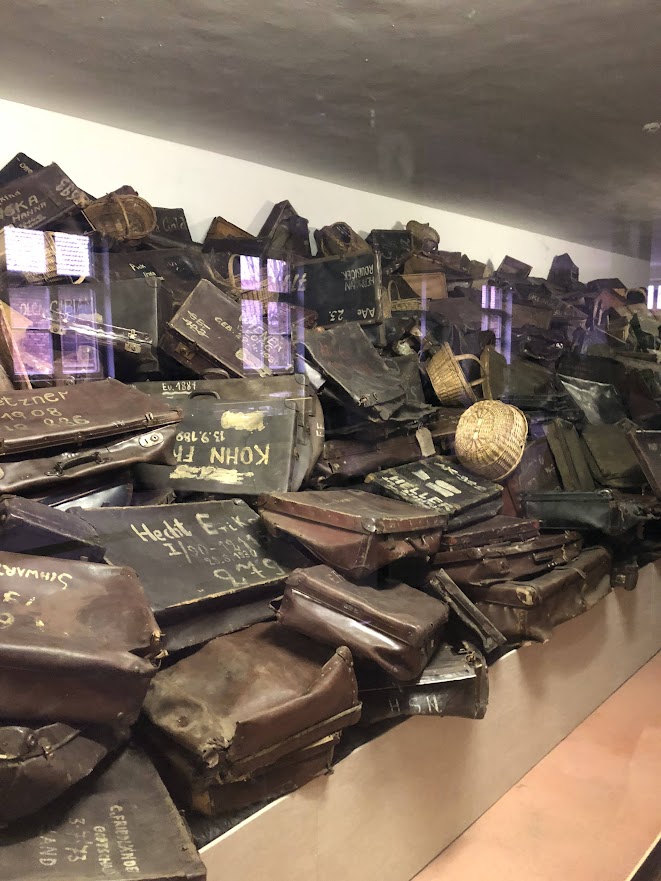 So. Many. Shoes. Just imagine, each pair of shoes belonged to someone who was at this camp! 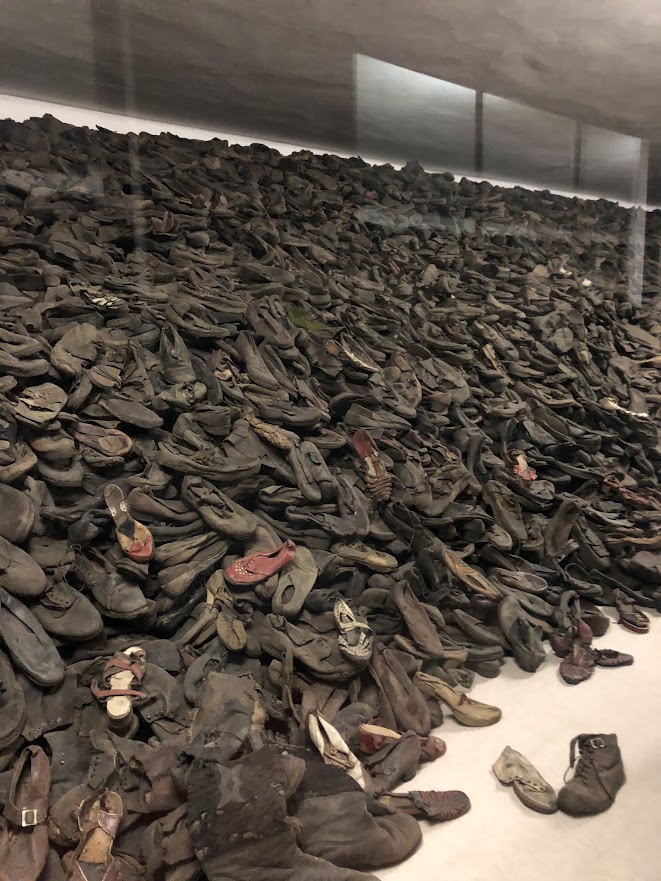 A memorial for the many prisoners who were lined up and gunned down against this wall. So senseless! 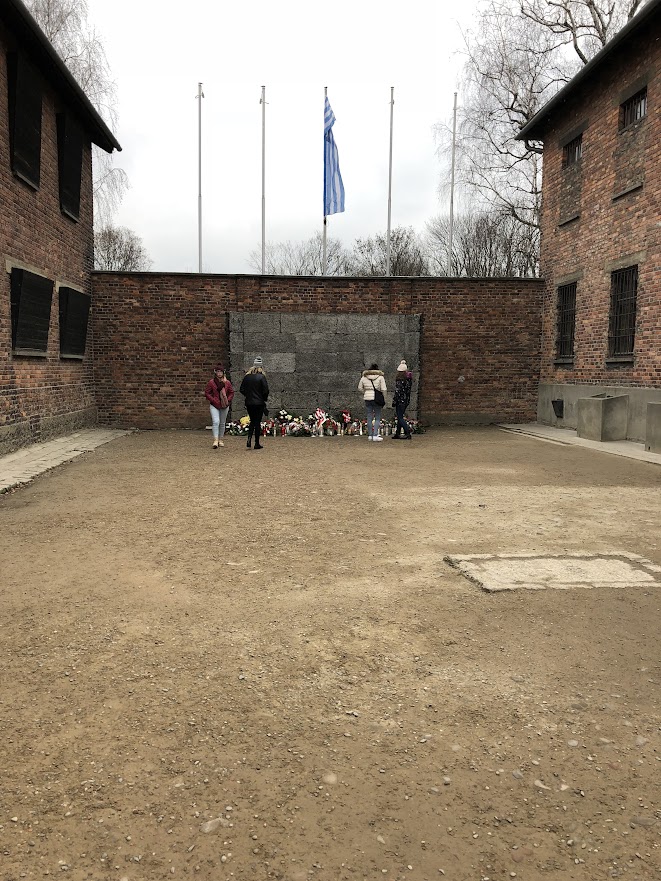 Many brought their finest dishes. 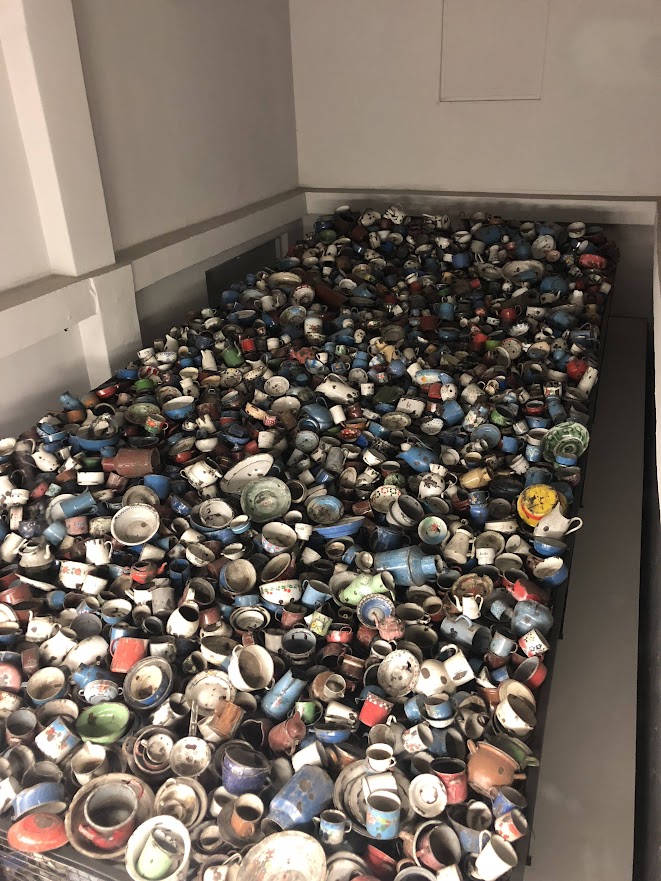 After our tour of Auschwitz I, we boarded the bus and drove to Auschwitz II-Birkenau. It was brutally cold when we got off the bus at Auschwitz II-Birkenau and it was only November. I’m honestly thankful it was that cold because it made me really think about how people lived at that camp in the middle of winter. I was bundled up with so many layers and was still cold. Imagine how cold people were with no shoes, thin clothes, and no heat at night.

This place was HUGE! 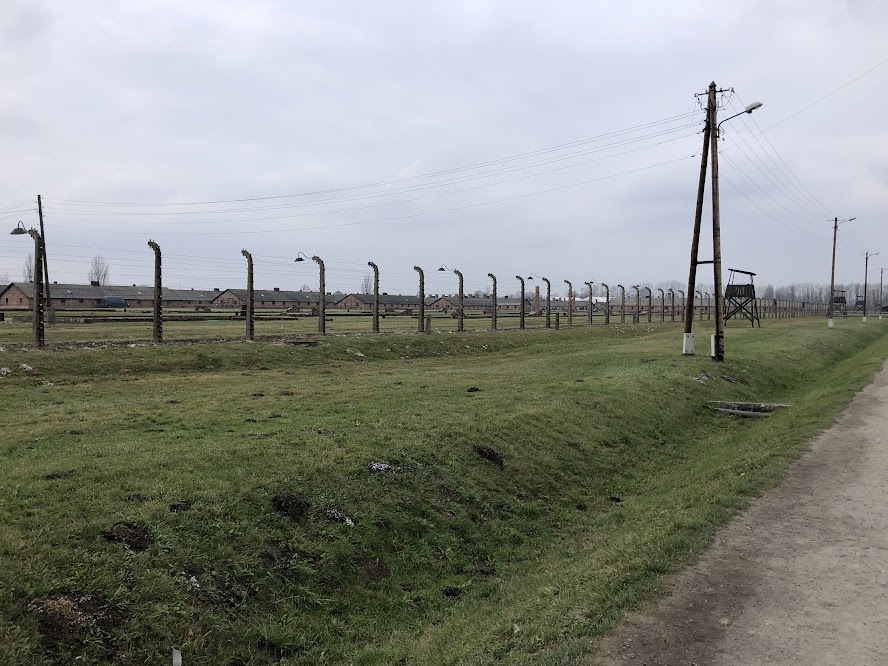 The train tracks brought the prisoners in and straight to the gas chambers. We walked the path that many of the prisoners were forced to walk to their death. Only those they thought could work hard were spared and forced to live in the buildings you see in the next few pictures. 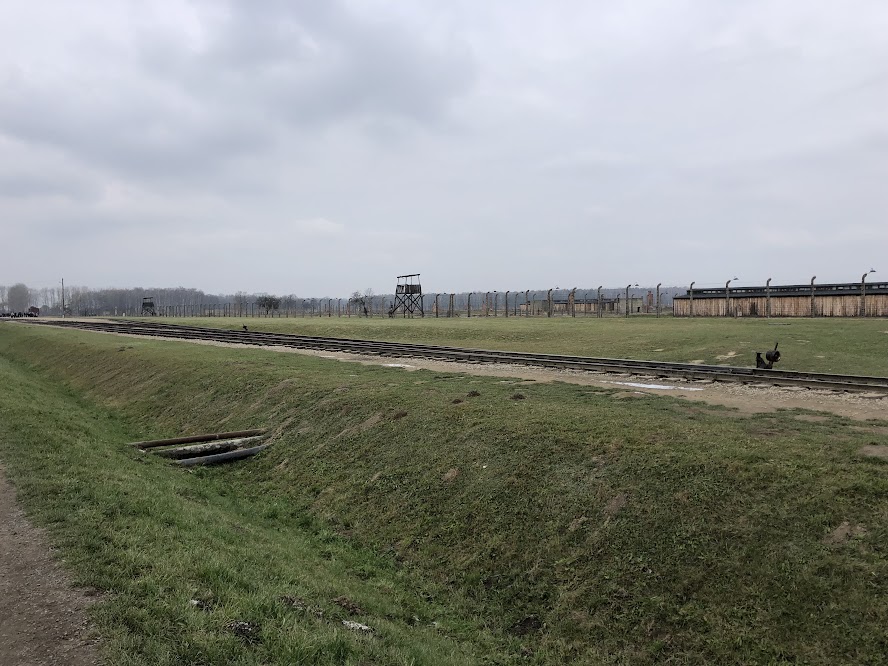 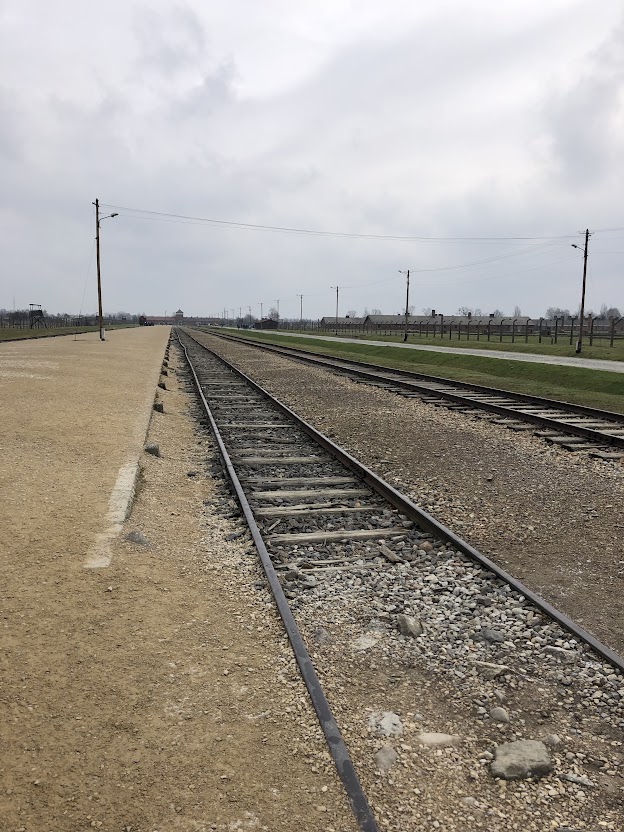 One of the gas chambers that was burned down after the camp was liberated. Each one of those stacks represents where a building used to stand. When the camp was liberated, many of the buildings were burned. 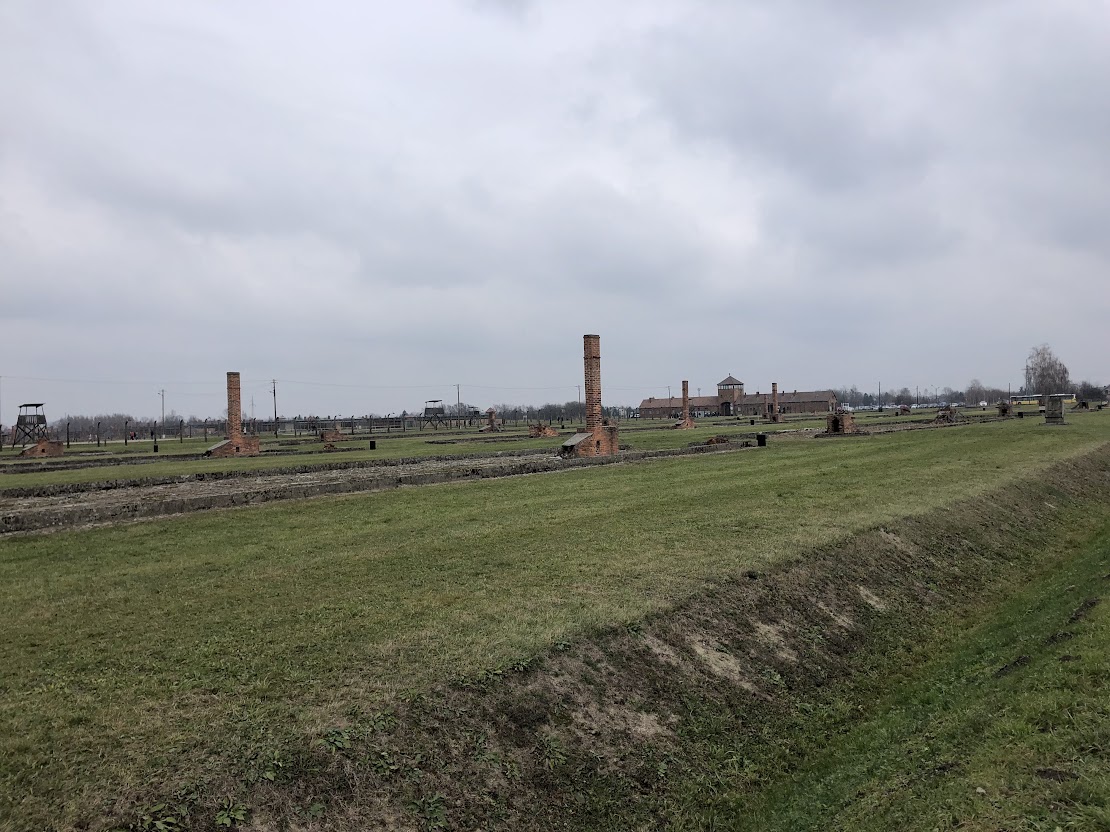 What are your thoughts after seeing these pictures of the camps? Have you ever been to one?

22 thoughts on “A Visit to Auschwitz-Birkenau”