With my purchase of the Dubrovnik Card, I received free entry to walk along the city walls, visit Fort Lovrijenac, and explore several city museums. The city walls were by far my favorite. The views were breathtaking and it truly gave me a glimpse into Dubrovnik’s past.

We got there right when they opened and were sure glad we did. The walls started to get crowded towards the end of our tour. You can only go one way around the walls, but there are several places you can exit if you need to. Most of the roofs were destroyed in the 1990’s bombing. You can tell which ones are new vs. original based on how brightly colored they are.

Below was our first glimpse of the town from above! 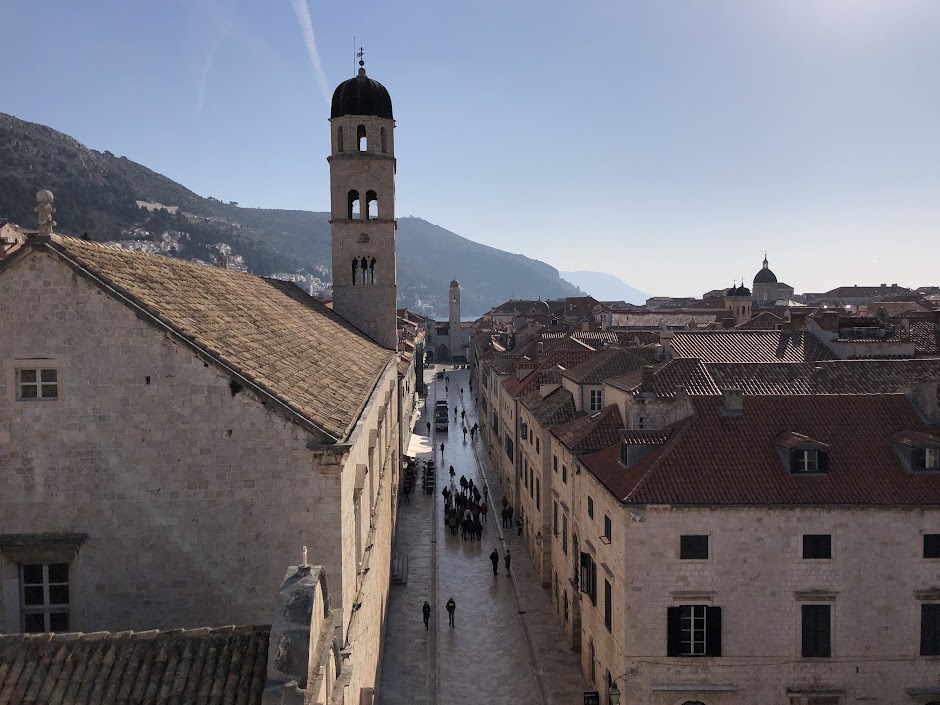 Check out Fort Lovrijenac in the background. It was neat to imagine soldiers patrolling the walls and looking out from these little hideouts on the corners. 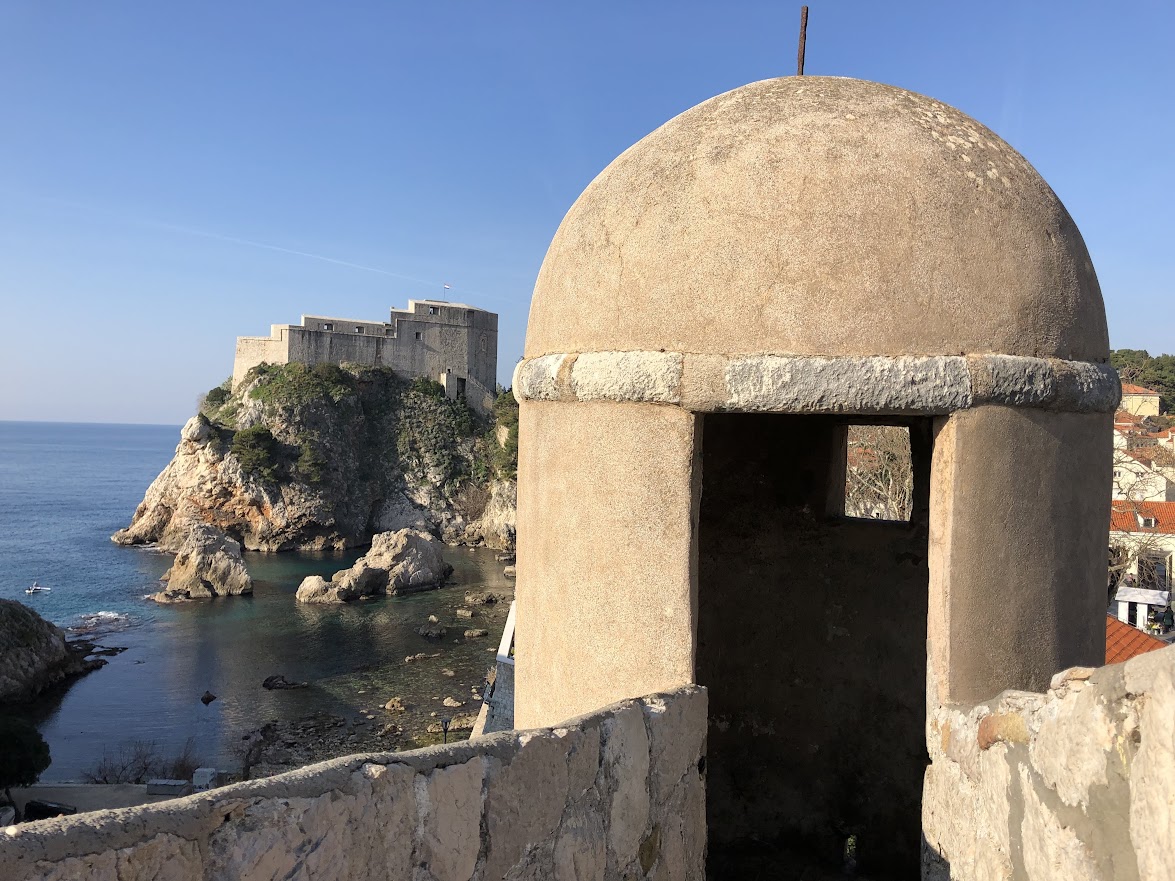 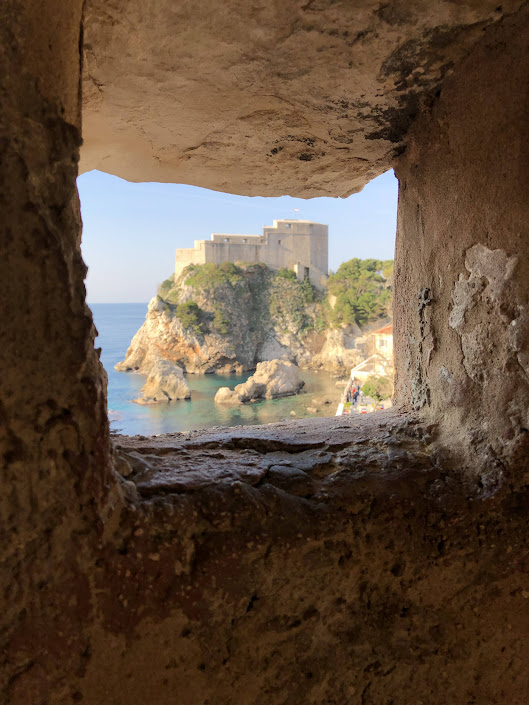 I just love how the fort is built on top of a cliff like that, surrounded by water. 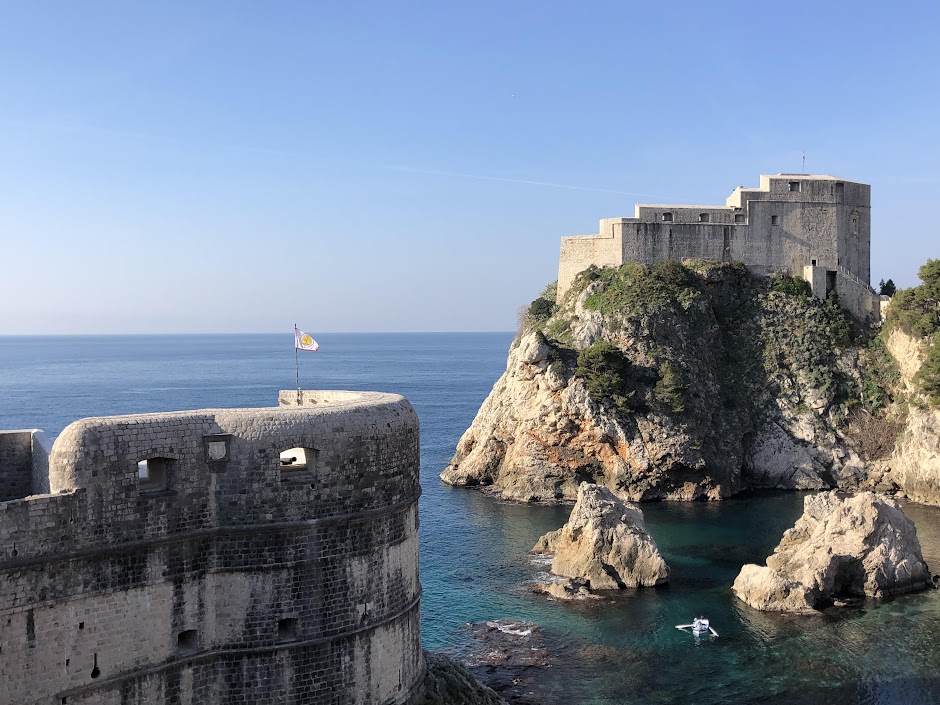 The town doesn’t seem so jam packed when you’re walking around the main street, but there are quite a few buildings squeezed inside the city walls. 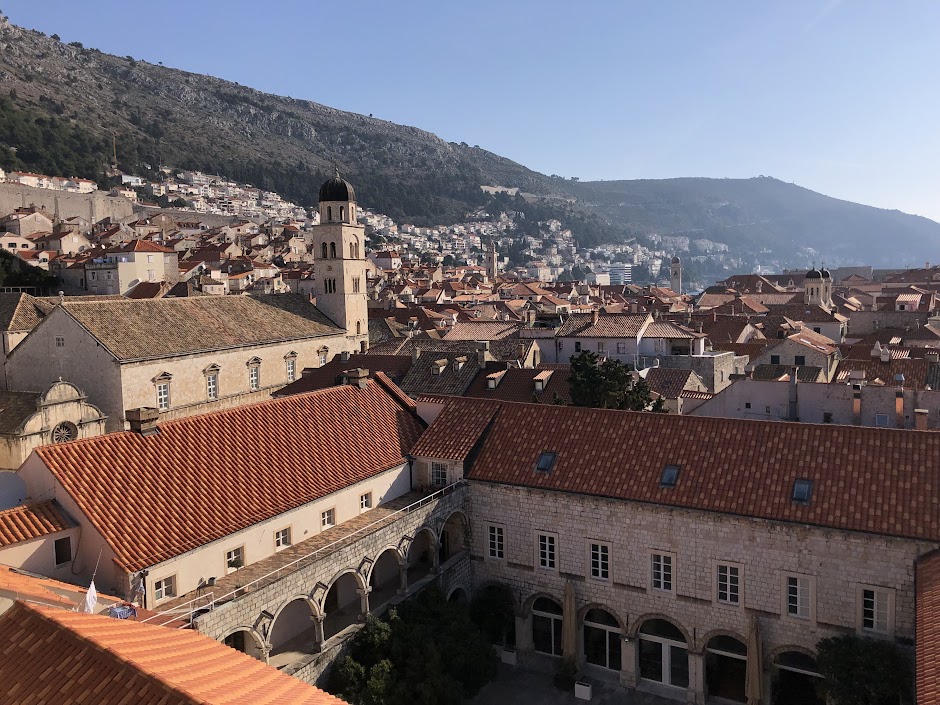 One luxury of getting there early and in the off season – we had the walls to ourselves for different parts of the tour. 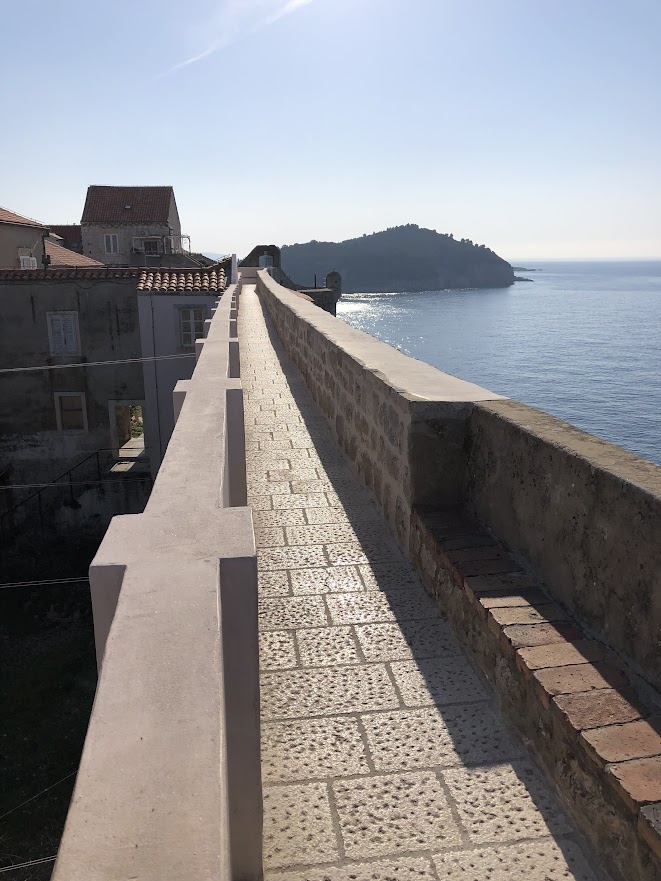 There were several cannons throughout the walls that you could check out. 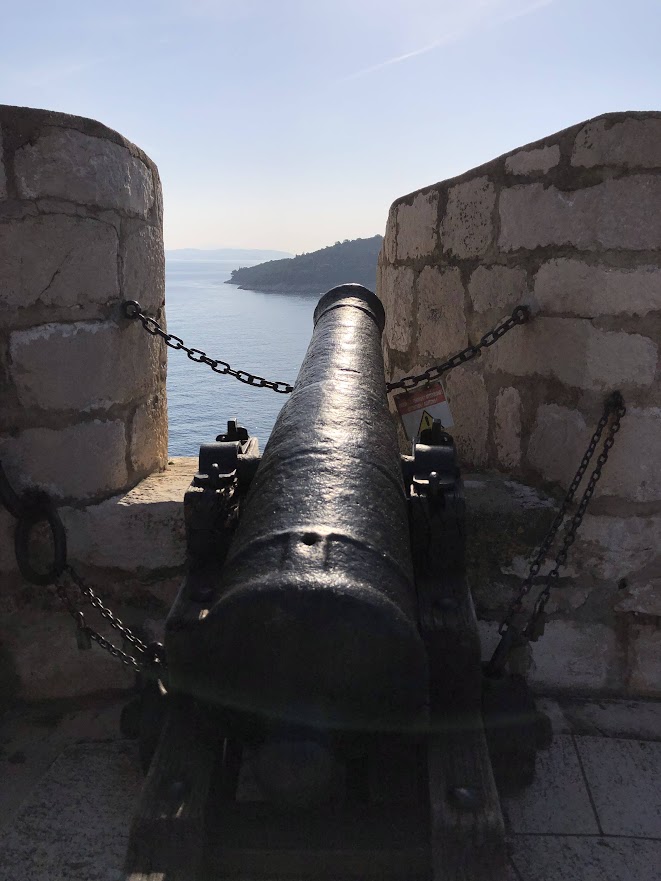 I love that the town was built right on the water on top of a cliff. 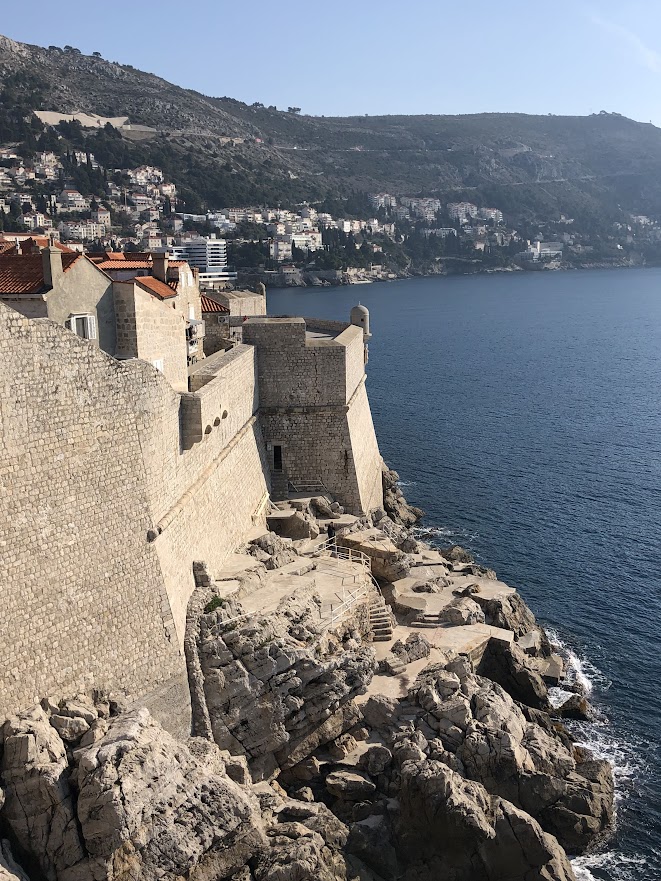 We saw several interesting buildings from the city walls that we didn’t get to see during our wandering on street level. 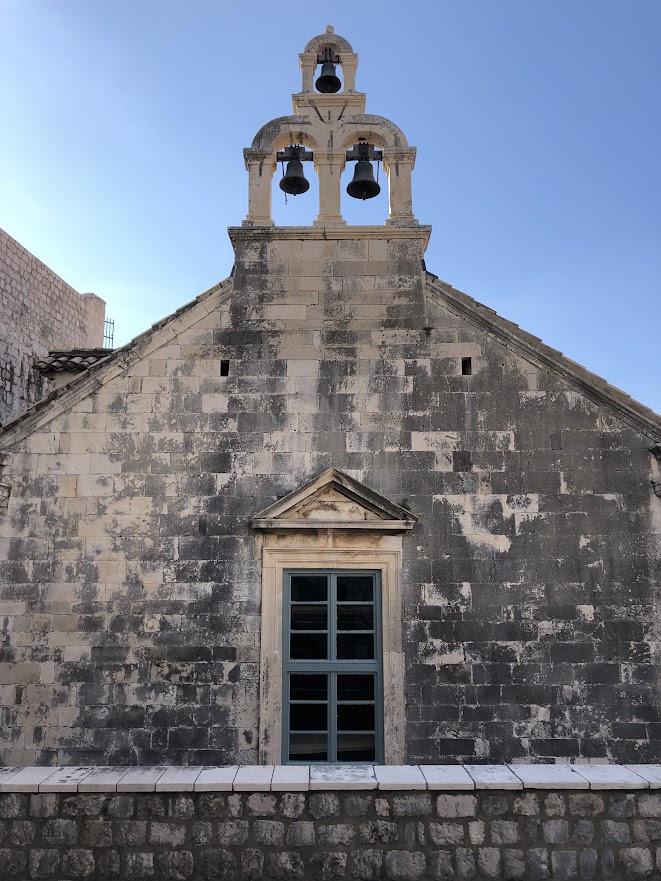 The beautiful harbor on one end of Dubrovnik. There were several museums around this area, including the Maritime Museum. 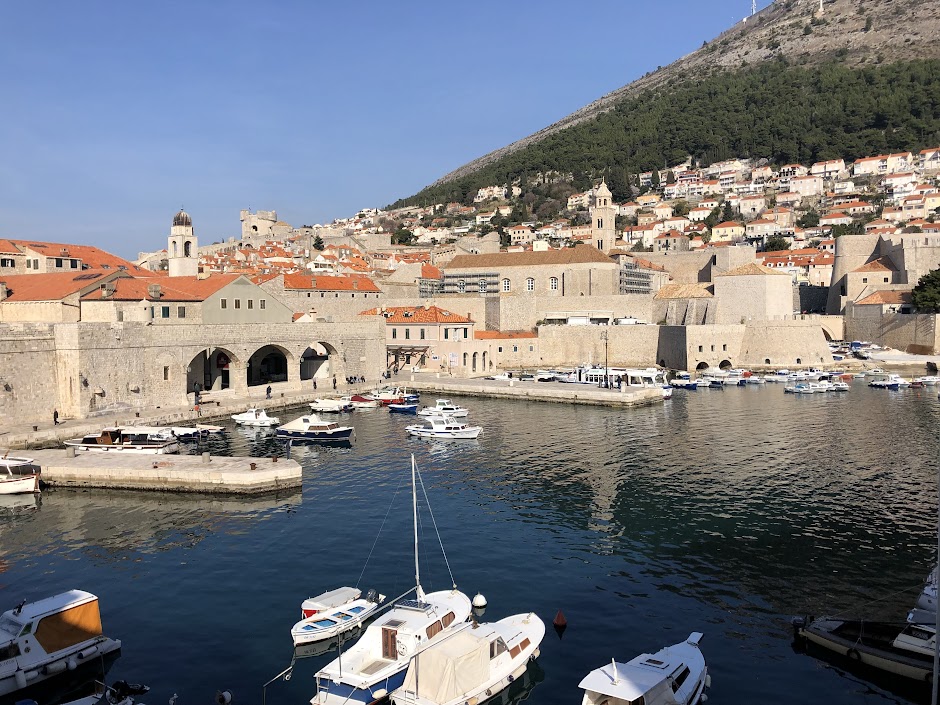 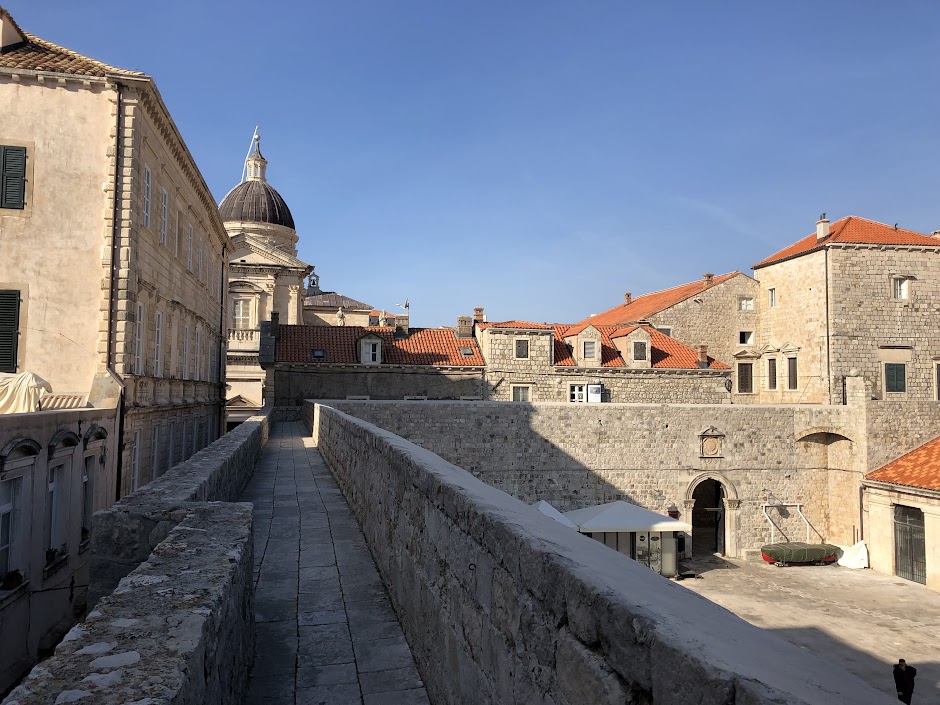 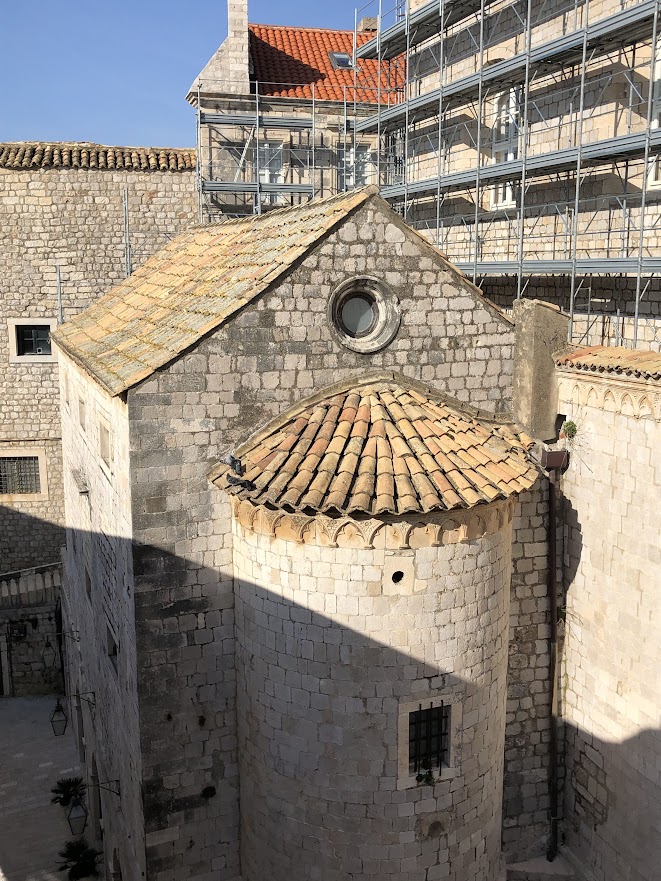 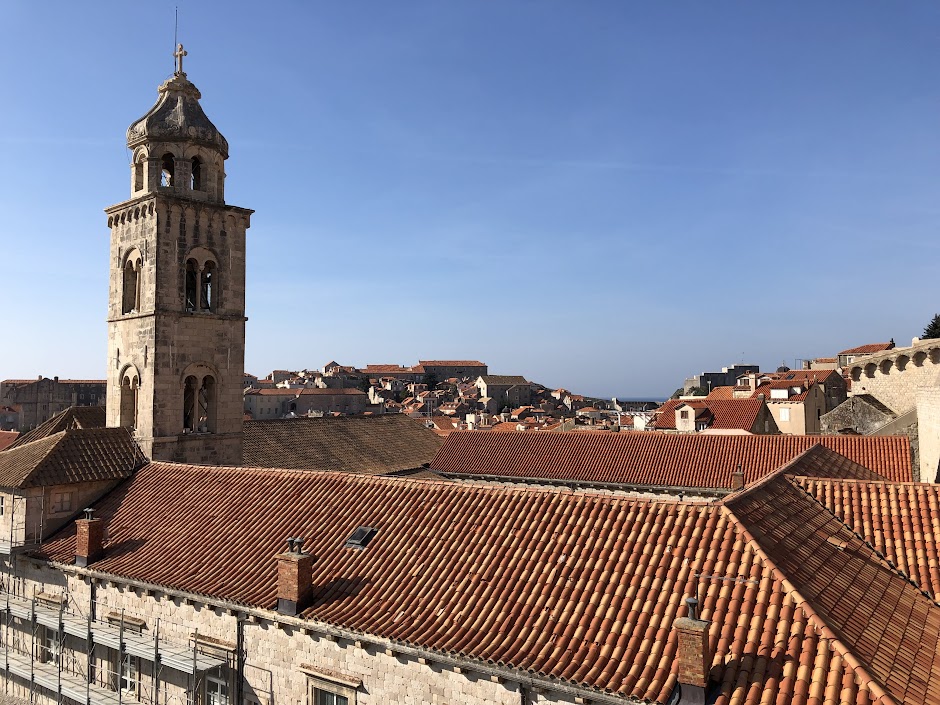 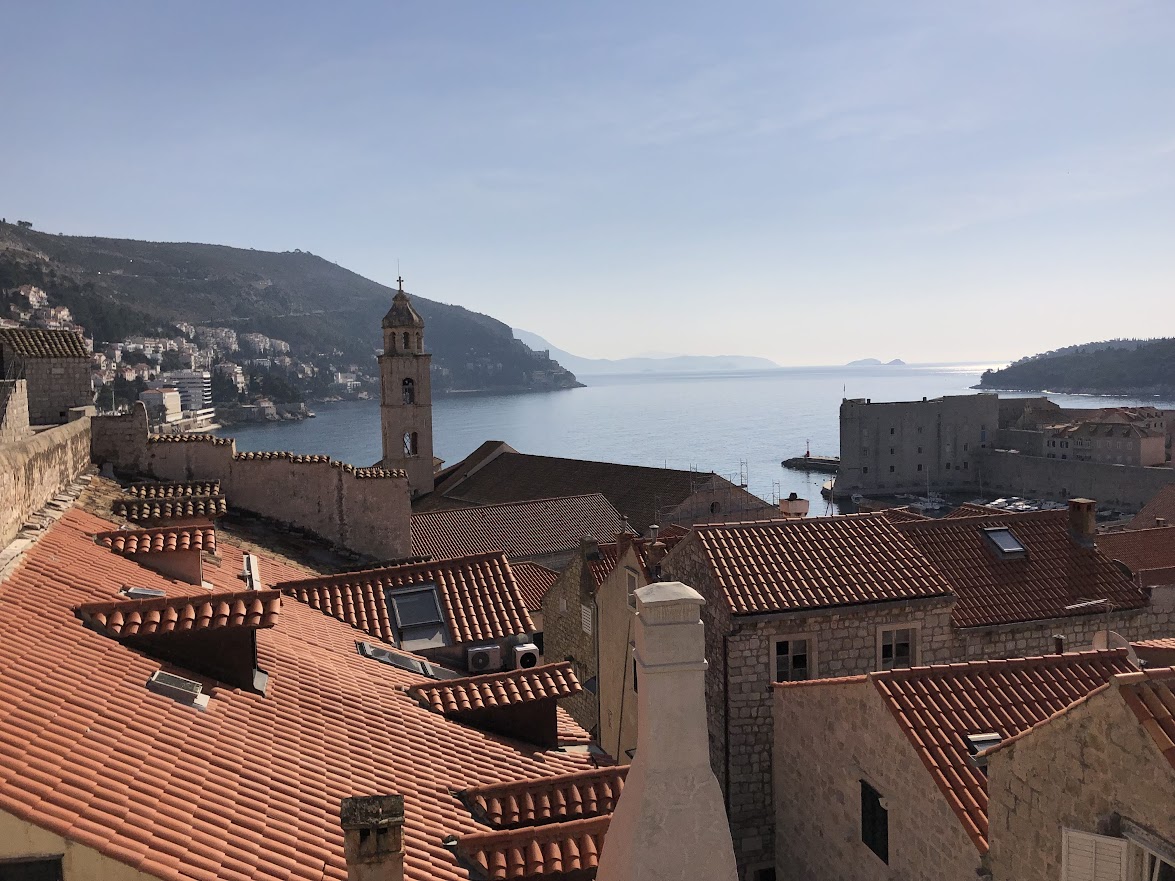 I love that you can see all the orange/red colored roofs in the background and that there’s this random tree growing between the buildings. This may be the only tree I saw during our entire time within the city walls. 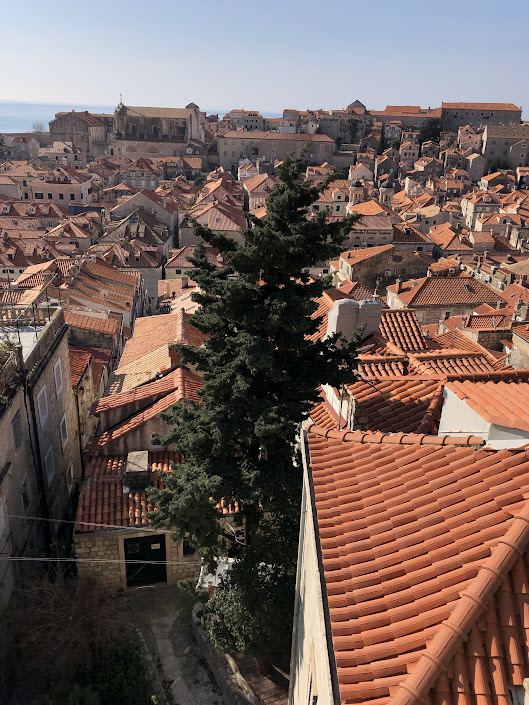 A beautiful panorama with Lokrum island off to the left and Fort Lovrijenac off to the right. 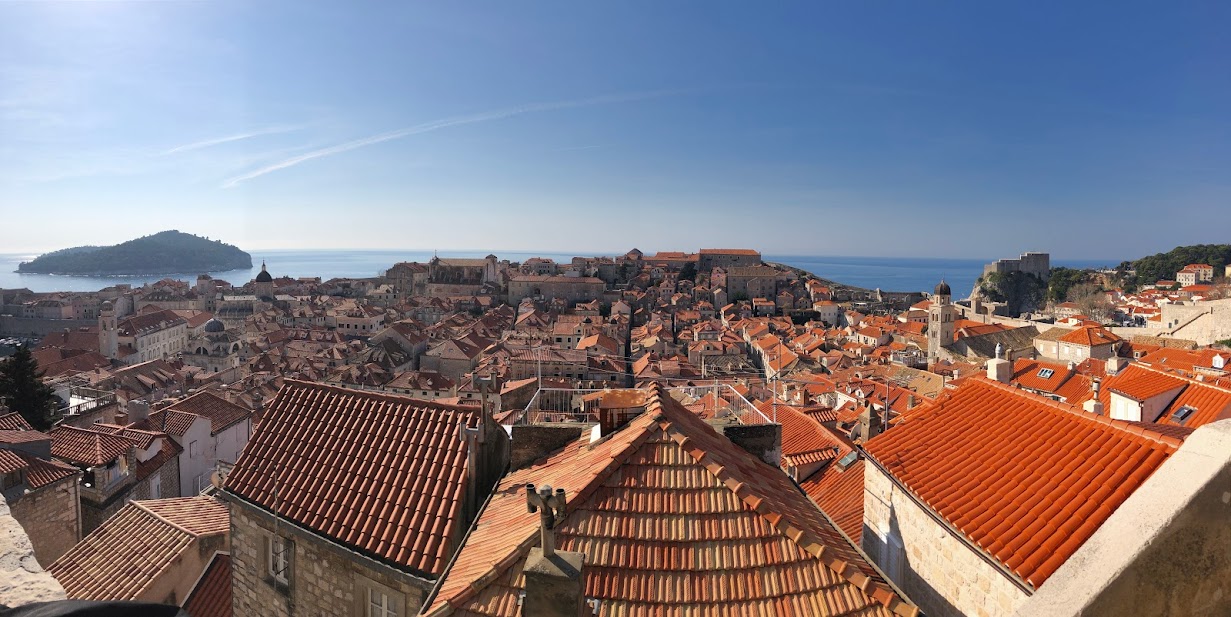 I’ll go as far as to say no trip to Dubrovnik is complete without touring the city walls. The views alone made the walk worth it. If you’re there during the summertime, make sure you bring plenty of water and maybe a hat. There was one cafe I saw on the walls, but it wasn’t open when we were there in February.