Unfortunately during my visit to Dubrovnik in February 2019, the cable car to the top of Mount Srd was not running. However, there are still some ways to visit the top without a cable car. After doing some research, we decided to take a taxi to the top and walk back down. We passed several people who decided to walk up while we were walking down and they were seriously struggling.

So, why visit the top of Mount Srd? My main reason was for the views. The second reason was to visit the Museum of Croatian War of Independence, which talks a lot about the war Croatia faced in the 1990’s. I felt like the museum was a worthwhile experience and really helped me understand Croatia’s recent past, which was mentioned many times during our time in Dubrovnik, Montenegro and Bosnia and Herzegovina.

Our first stop at the top was to the museum. The museum is located inside an old fort at the top of the mountain, which was just as neat as the exhibits! 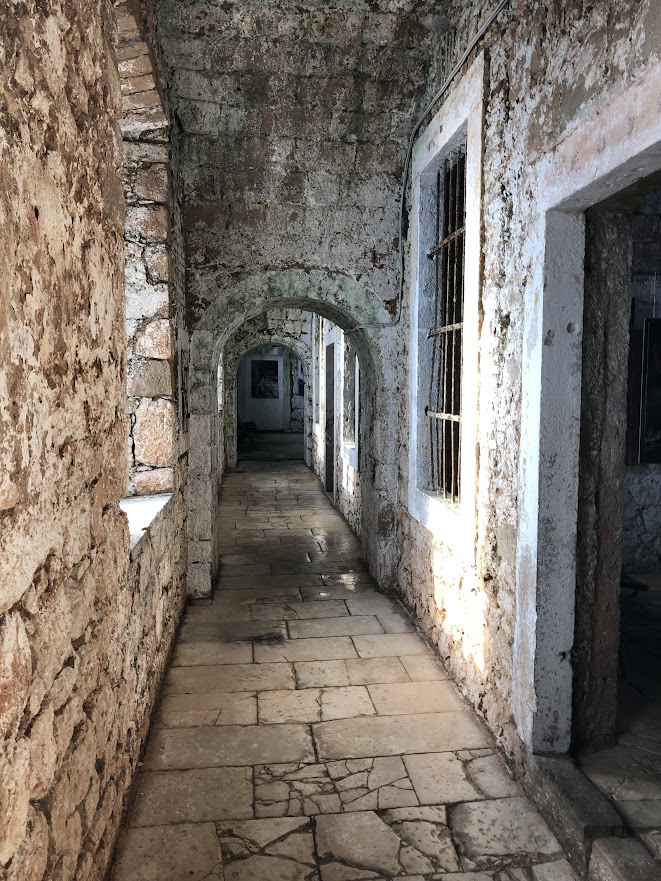 The map below shows the damage that Dubrovnik faced after being bombed in 1991-1992. Many of the buildings lost their roofs and had structural damage. 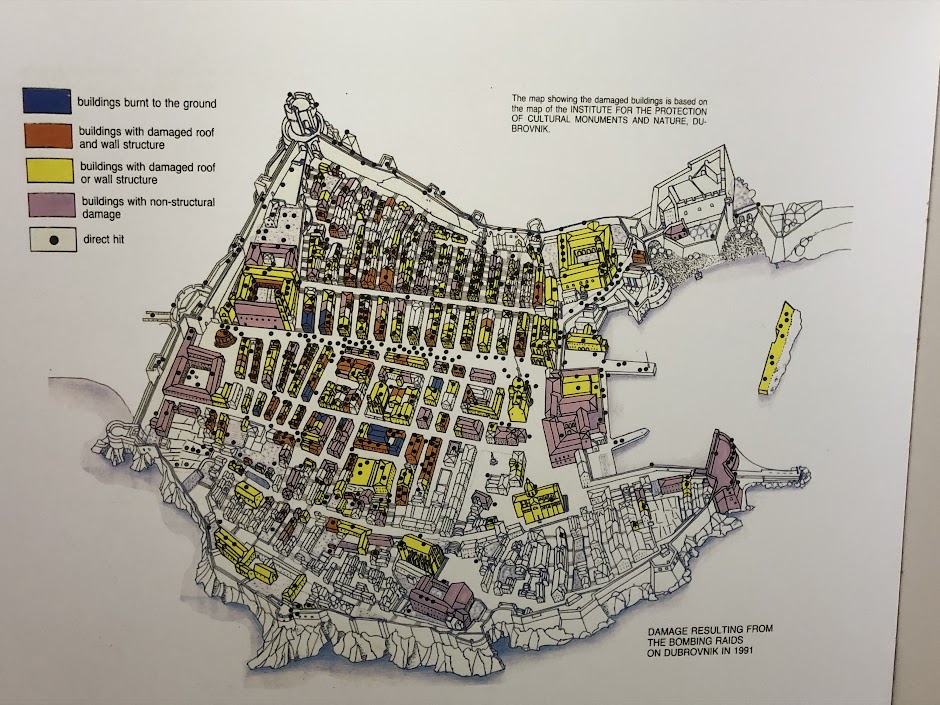 After our time at the museum, we walked around the outside a little and saw this nice memorial. 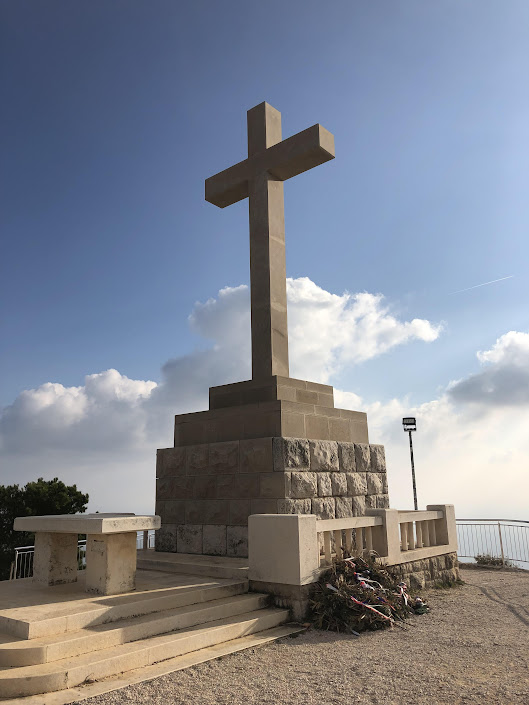 Then we found the start of the trail down and began walking back to the city. On the way, we stopped for some incredible views and to admire the various art pieces along the trail. 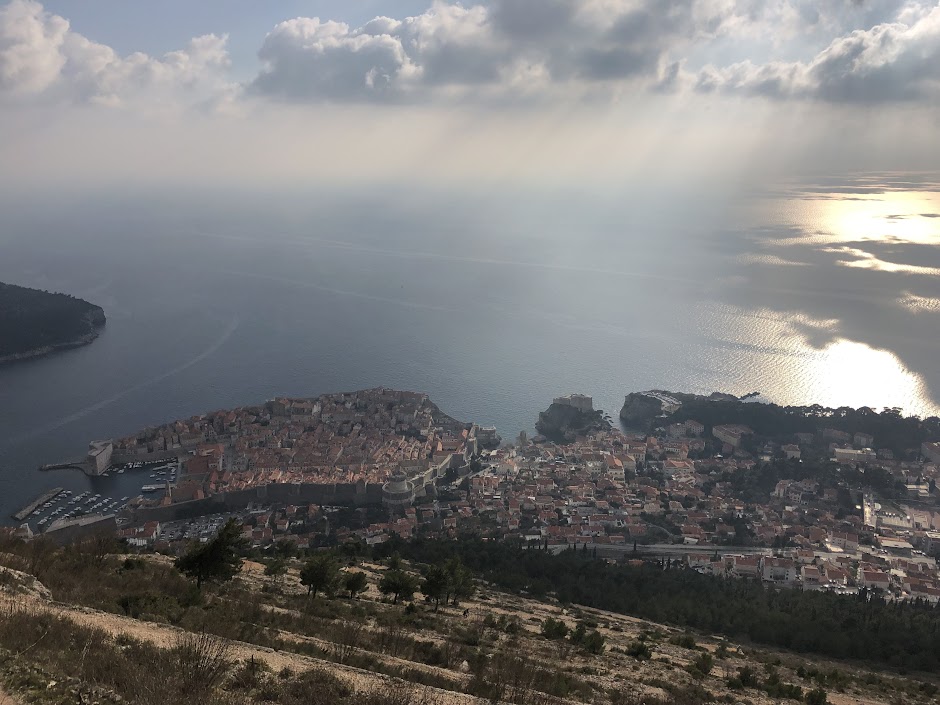 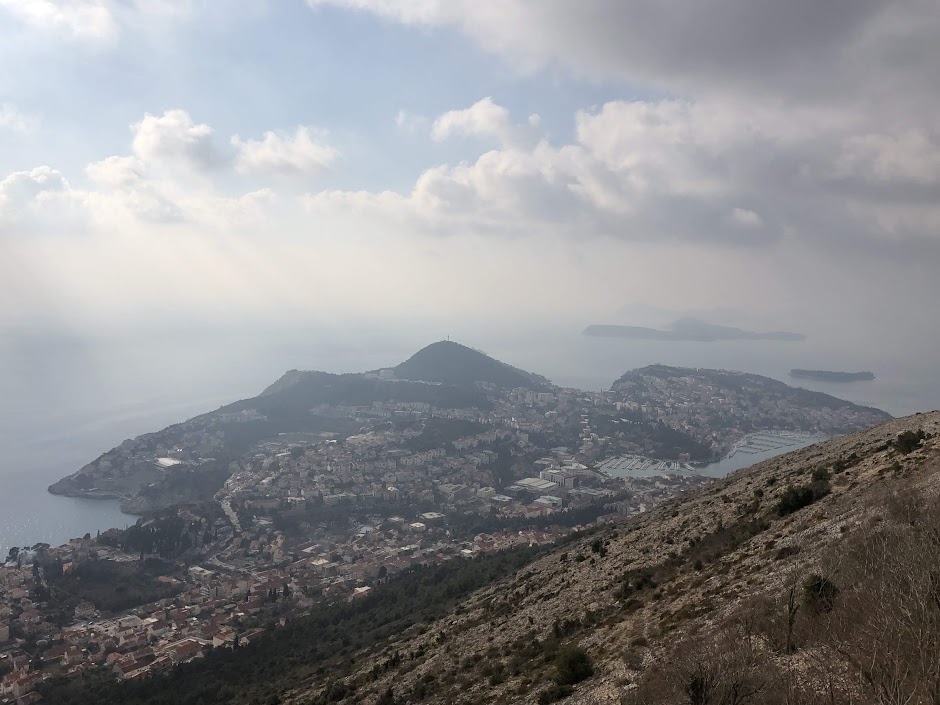 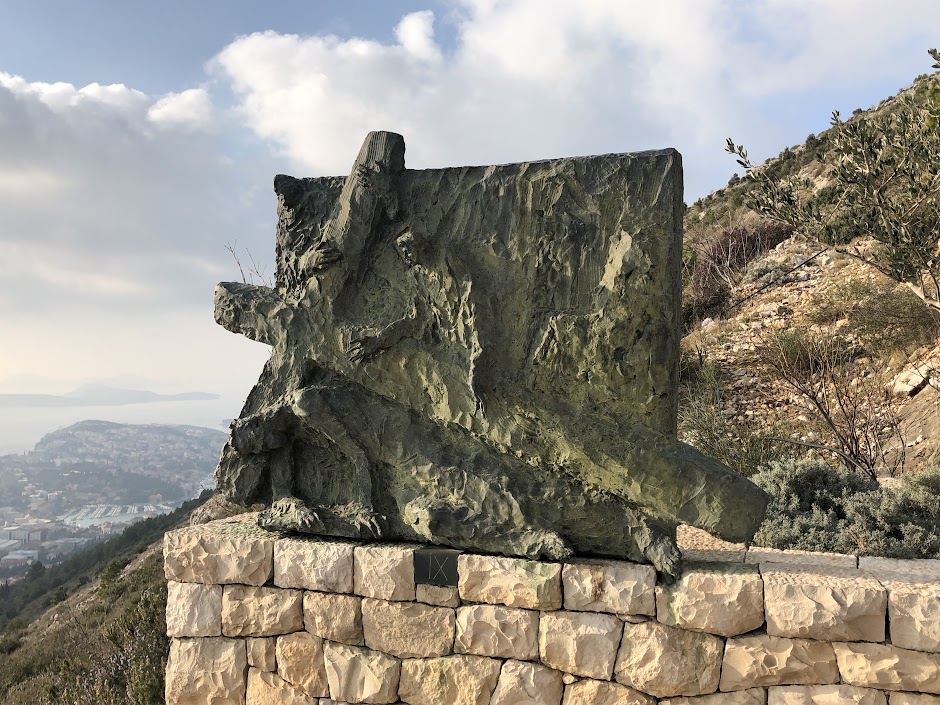 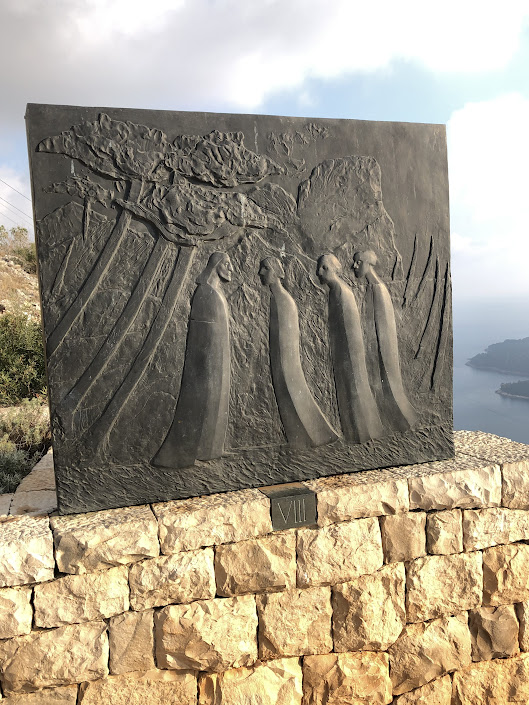 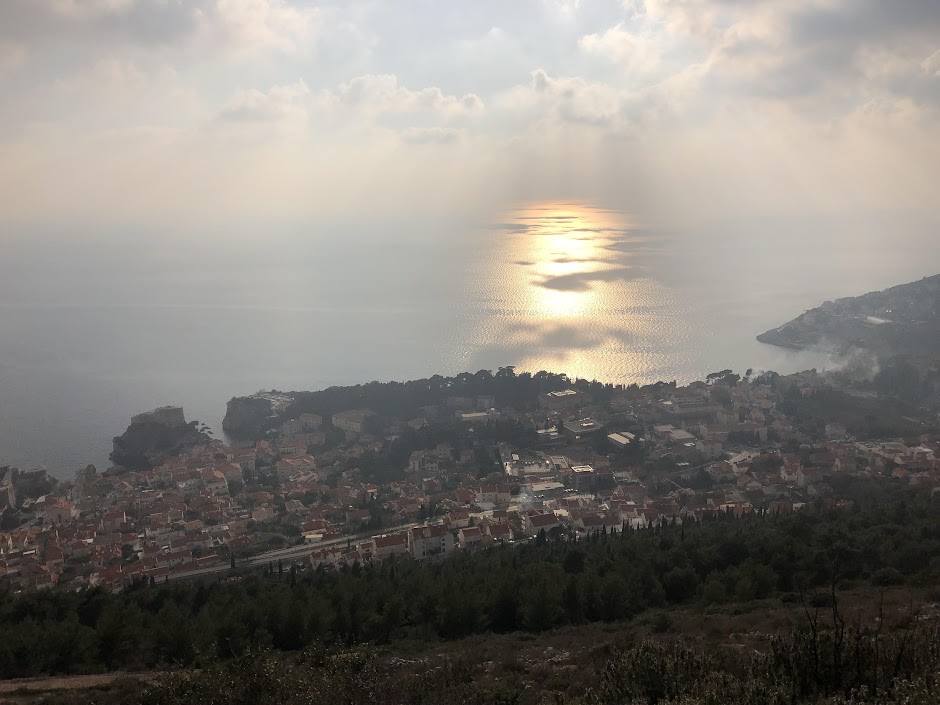 Towards the bottom of the trail we walked through a forested area, which was relatively flat and would’ve been a nice respite from the sun if it was warmed out. 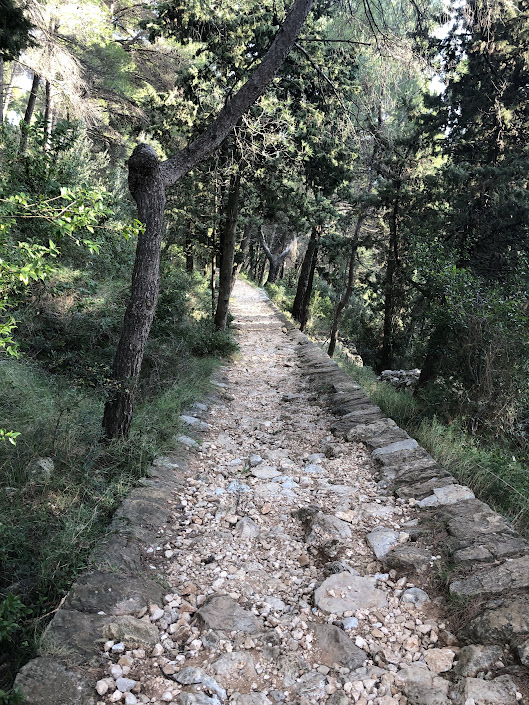 As we came out of the forest and got to the main road, there was a lot of confusion on how to get to the actual town below. We had to use Google maps to find a walkway and I’m sure there was an easier way. It was interesting walking through some narrow, steep passages to get back to the town though! 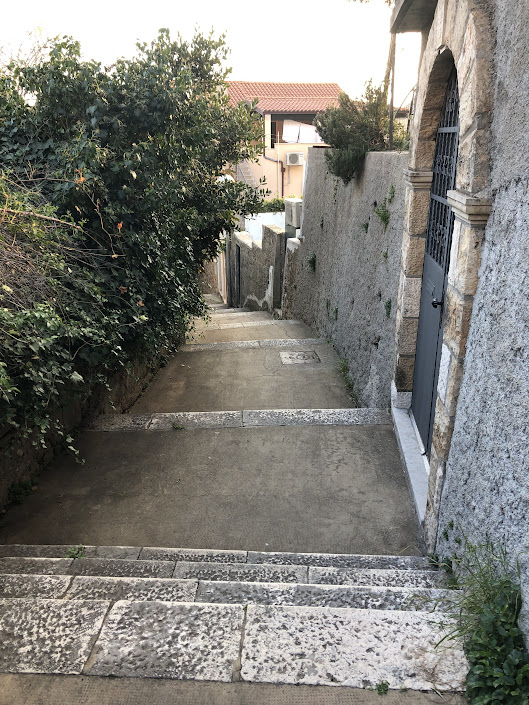 I’d highly recommend visiting the top of Mount Srd, whether you take the cable car, taxi or walk. The views it offers of Dubrovnik below are amazing and the museum is a short, worthwhile stop.